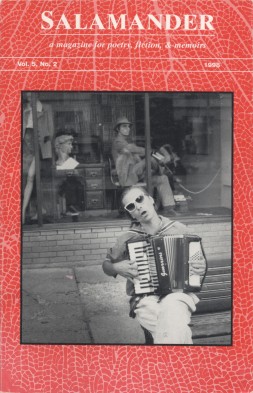 Thom Ward is the author of five books of poetry. His collection Etcetera’s Mistress will be published in 2011 by Accents Publishing. He lives in western New York. His vices include reading, golf, and martinis.